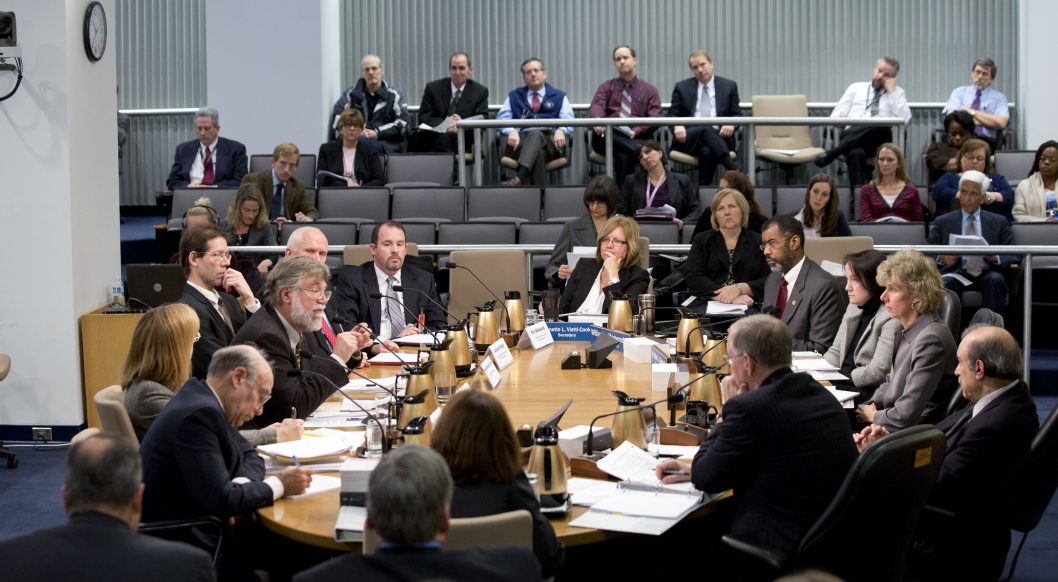 Professional Perspectives on the Built Environment

During my research, I proposed using a social game as part of the public participation process. The hypothesis was that a mobile game would be a more interactive experience than sticking dots on a board. What I found was that to do that, I would need a model of how the built environment works. That’s not something that exists though many have made valiant attempts .

In struggling with this problem, I referenced as many ways of looking at cities as possible. I found that the main related professions spoke different languages. Even the most closely allied professions – AEC – architecture, engineering, and construction have difficulty communicating. There’s a lot of research trying to fix that in particular.

Since I studied geospatial information sciences, I’ll say they can be in several different groups. For the built environment they’re usually with the planners or engineers but they can also be found in real estate doing market analysis or with the economists or social scientists.

And before we move on, I’ll say that game developers are related to the built environment too. I see augmented and virtual reality disrupting the real estate and design industries in the near future.

Chuck Marohn of Strong Towns explains the different values of traffic engineers and the local community in the design of streets . Engineers value speed, volume, safety, and cost in that order. Communities value safety, cost, volume, and speed. Their values are almost inverted.

I went to architecture graduate school after designing, building, and selling a tiny house. I came to understand that many architects see buildings as objects with programs. I changed to real estate after learning that my program had zero interest in sustainability. Based on their more recent hires, I think that’s changed but I realized I didn’t want to learn architecture that way.

In the real estate graduate program, I got the impression that the professionals there saw themselves as the deal makers and architects were there to implement developers’ visions. And it goes on and on. Each profession has its own language, view, and contribution to the built environment.

A substantial view missing from many of the major organizations – the Urban Land Institute (ULI), the Congress for the New Urbanism (CNU), Strong Towns, and even the Incremental Development Alliance (IDA) – is the small investor/developer.

ULI is institutional in scale. In recent years they have started offering expensive courses aimed at small developers but I haven’t seen that it’s really taken off as a subgroup.

CNU has a substantial and growing small developer community. Their orientation is strongly from the urban design perspective. While I’m sure they have some, I’ve never met anyone there who introduced themselves as an investor. They’re mostly designers and planners. Most of their developers were former or current designers.

Strong Towns encourages incremental development but their mission is more about fiscal sustainability for cities. It’s an important mission but it’s not about small developers per se.

Finally, the IDA is squarely about small developers. Monte Anderson is part of that group. I would characterize Monte as one of the most significant developers in the US today when it comes to incremental development. Monte is not IDA though. It includes planners and designers too. So Monte’s broker/developer perspective has to share the stage with the other perspectives. I’ve been told they’ve adapted some of their material so that’s just my impression from having attended two of their workshops.

Having been both a residential and commercial Realtor and having come through a graduate real estate program, I will say that there is an insufficient emphasis on investment as a small investor from the above groups. The perspective that’s missing is the small developer that was a small investor. That is the largest group that is almost entirely unrepresented in these organizations.

I originally got into real estate because I knew someday I wanted to invest in real estate. I read a dozen books on it and worked with investors. I attended both residential and commercial investing seminars. At the same time, I wanted to do something more than flipping houses or competing with other investors on price alone.

And to continue with the professional rivalries, in one real estate group I attended, the speaker who was a rehabber said he would never work with a broker. The impression I got was that most of the investors there felt that brokers took too much commission which I’m inclined to agree with.

Monte told me the number one question he gets from new developers is about financing. If we targeted investors, they would more likely have that skill-set and available resources. Viewed from the real estate industry, small development is one step past rehabbing or adaptive reuse. It may or may not require an architect, a broker, or even a general contractor depending on the investor/developer’s skill sets.

As an investor, you look for ways to create value with your current skills. Without handyman skills, an investor can add value either by working out a challenging financial situation or hire out lighter make-readys. Maybe they come upon a neglected or abandoned house they can spruce up and sell for a profit.

The more an investor knows about the trades, the bigger value-add they can execute. Some investors do some or all of the work themselves but many hire out as long as they can make the numbers work. They think in terms of cash flow, buying and holding, buying and selling, but aren’t usually focused on long-term pro formas or calculations such as internal rate of return. A more sophisticated investor starts taking advantage of tax strategies such as depreciation and 1031 exchanges to defer taxes.

To go from that to development requires additional human resources. It requires a change of focus from placeless value-add profits to placemaking. Through placemaking in a strategic location, investors can take advantage of local forced appreciation on their various deals. When institutions do that, it usually becomes gentrification and its associated issues. When a single investor or group of investors do it individually, it improves the neighborhood incrementally.

That said, there is a learning curve to go from rehabbing and flipping houses to building one from scratch. The IDA is doing a pretty good job bridging that gap but there’s still room for a small investor’s perspective. That’s the perspective we hope to bring to the conversation here at Urban Prosperity Network.

Dr. Burns is the president of Urban Prosperity. He completed graduate work in real estate, GIS, urban design, and gaming at the University of Texas at Dallas. He was formerly both a commercial and residential Realtor, a freelance marketer, a tiny house builder, a math teacher, and an Airborne Army Medic.

Please log in again. The login page will open in a new tab. After logging in you can close it and return to this page.