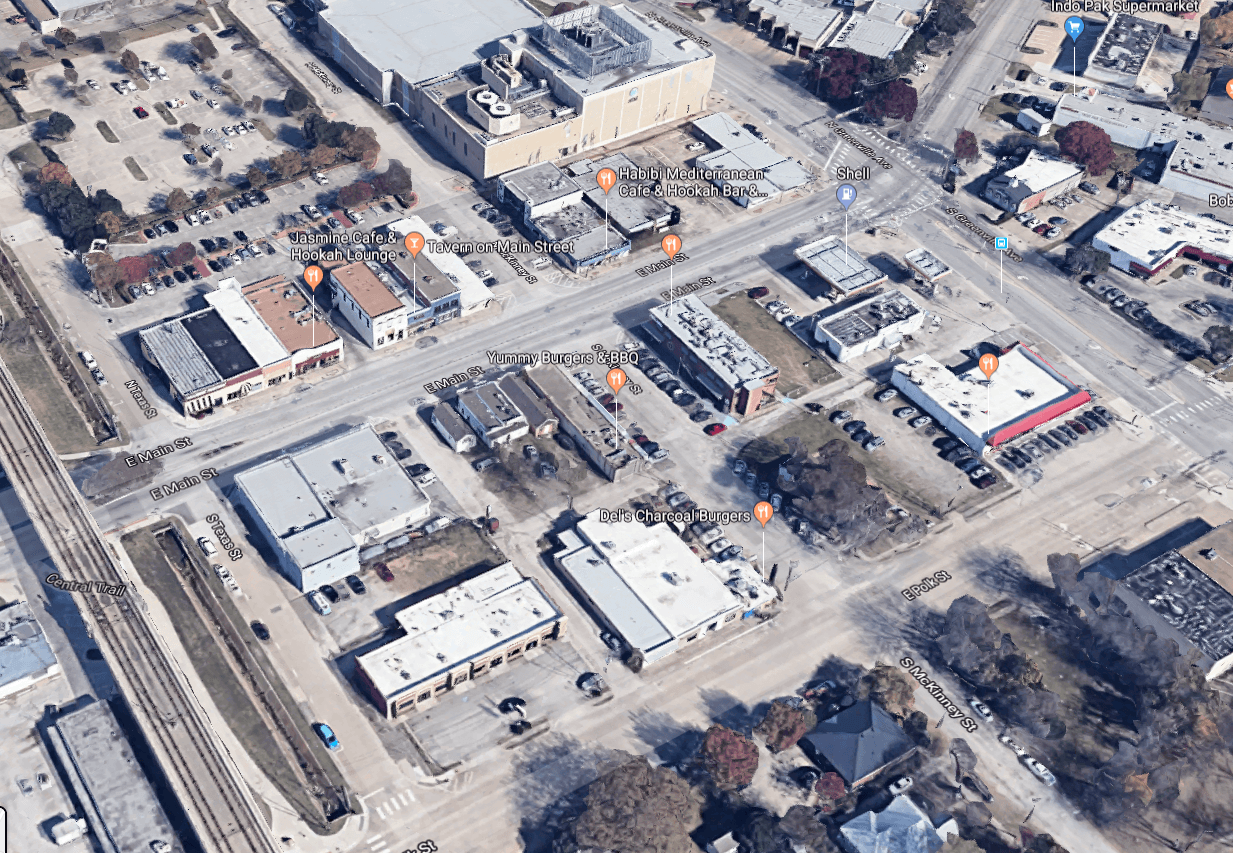 Recently in Richardson, the city voted to approve a zoning change to allow for three new drive-throughs on a parcel that contains a failed mall. Drive-throughs are fairly ubiquitous in that area but the council had still voted to continue the motion until the developer took more time to engage with the community and come up with a more substantial plan for the empty Sears building dominating the parcel.

While the developer gained the support of the surrounding communities by promising various brands as tenants, some of us pushed back saying the area deserved better planning. In this article, I show why it’s essential that we not only look at better planning but that we do the numbers and consider them a hard stop for our land use discussions.

Strong Towns has been popularizing the land value metric of dollars per acre. They often refer to the comparison between a small town block of “blighted” traditional downtown and a new drive-through called Taco John’s. The two parcels are roughly the same size and a block apart on the main street in town.

I completed similar studies of Richardson and Dallas on a city-wide basis. Since we had the drive-through issue come up, I wanted to do the Taco John’s case study comparison for Richardson too.

For this study, I took the tax data from the Dallas county rolls and extracted the taxes paid to the City of Richardson. I did not include any sales tax income (2%) or business property tax as those vary significantly from tenant to tenant and I haven’t checked for the accessibility of that data. Also, I recall reading some time ago that business property tax is not consistently paid by businesses because of low enforcement and penalties.

Since I was only working with a handful of properties, I used the Dallas County Appraisal District’s interactive map and manually selected the properties.

Another factor left out by Strong Towns is the calculation of how much taxes the city needs to take in to cover the cost of the infrastructure. Ideally, retail tenants would cover their own cost of locating within the city. Since this calculation is rarely made, it can be an eye-opening experience to realize which uses are contributing to the city and which the city is having to subsidize.

While it can be time-consuming to calculate exactly how much services and infrastructure maintenance a property costs, we have a rough estimate of $6,000 per acre from Kevin Shepherd of Verdunity in Dallas.

What we can immediately see is that older strip shopping centers, big box stores, and older drive-throughs do not pay for the cost they pass on to the city. The bigger parcels are far below the $6,000 per acre required to sustain them (sales tax notwithstanding).

The reason I included two versions of the downtown block was that many times, a downtown block does not require much additional parking beyond the available on-street parking as can be seen in the following image. But the city built a lot for which it does not get any income (but for which the maintenance costs are minimal). Including the parking lot is not necessary here but the worst-case scenario for this development pattern.

For this study, I only measured the buildings immediately adjacent to the parking lot highlighted in green on the DCAD map above. That includes 8 buildings on the north side of Main Street. The building on the east side of the block has since been demolished and presumably is being renovated into a higher use. [UPDATE: I’ve been informed it will be converted to open space to support the city’s walkable urbanism efforts in the area.] The downtown pattern $/acre is closer to the upper estimate than the one that includes a parking lot.

For the other buildings, new drive-throughs eventually become old drive-throughs. There is no other outcome possible. They are single-use buildings and when they occasionally transition to other occupants, it’s still clear what their former use was.

When we argue for better planning, smaller lots, urban villages, form-based codes, or long-term thinking we are advocating for an urban form that holds its value over time and does not financially imperil the city.

Investing in drive-throughs is a sure way to add additional liabilities to the city’s balance sheet in the future.

Even if the drive-throughs like Wendy’s and McDonald’s are paying for themselves now, there is a significant opportunity cost in encouraging auto-oriented development over the traditional downtown pattern.