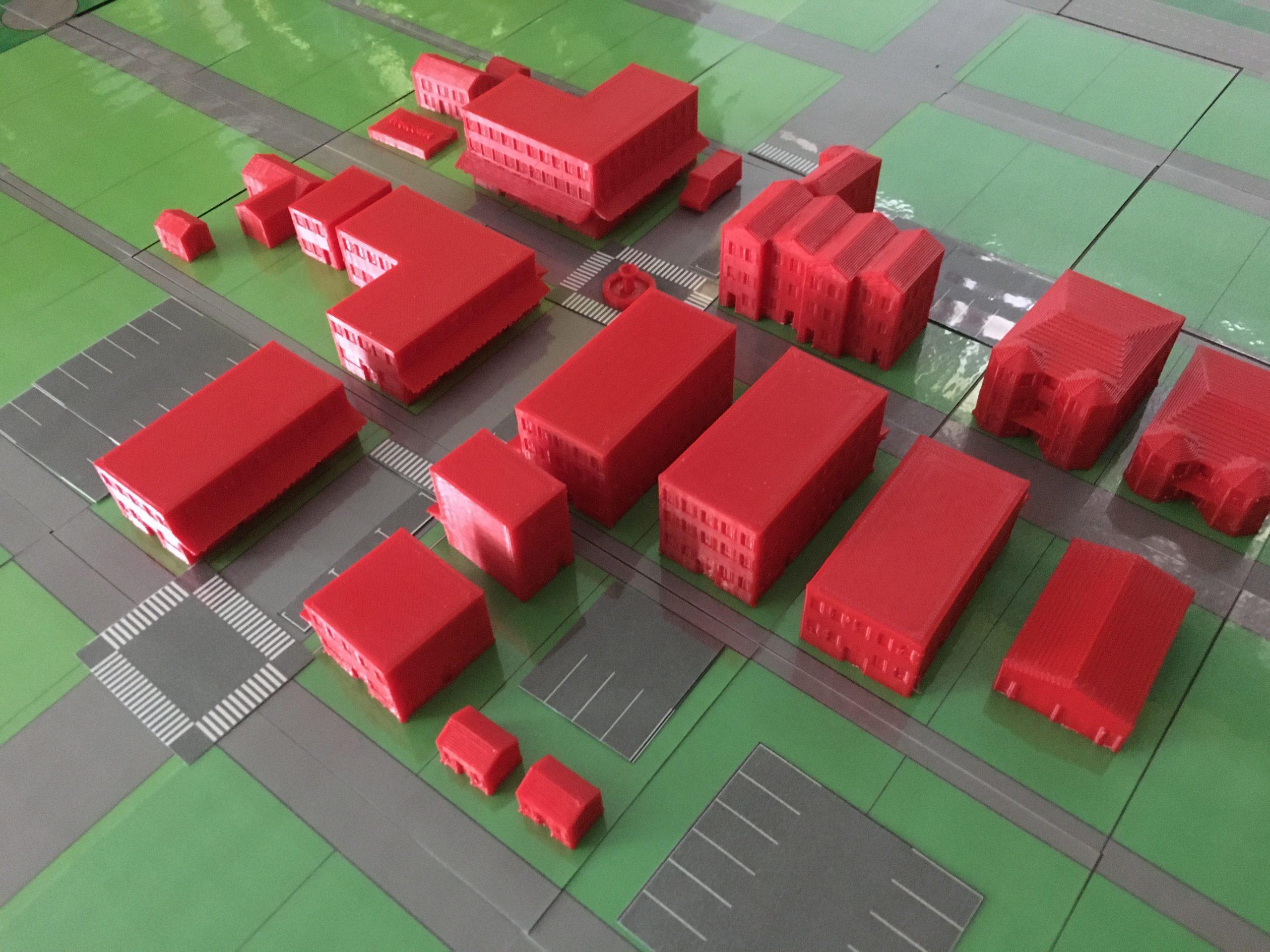 I’ve gone through a couple more iterations of building types and now the maps. I’ve also started working on the next version of the mechanics and rules.

One of the central challenges of the game is to integrate community well-being with economic development. That’s essentially internalizing an externality. In other words, recognizing a systemic value to some of the intangibles. Here’s how I’m looking at capturing that:

The city health section is pretty straightforward. The city’s money and budget are in the reserves that you don’t want to let get too low. Better property values will increase the city’s reserves. A better condition of infrastructure contributes to higher property values.

The community health section is less straightforward. I’m mostly relying on the research from the Gartner group into wellbeing from the book of that title. Social cohesion is about how well neighbors know each other, get along, help each other, how engaged they are with civic and community life. The population is how many people live there. Inventory diversity pertains to the housing stock. Most neighborhoods are entirely single-family detached houses that often aren’t able to cover their own infrastructure maintenance costs.

I’ve gone through a couple more iterations of the building types and resources. I came up with pins like you would see on a Google map to indicate building use.

In this image from top to bottom, we have a theater, grocery store, and coffee shop. A couple of the first iteration weren’t very legible to other people so I either eliminated them or changed them. It’s one thing to see it on a screen and another to see it printed in plastic.

I printed and laminated the tiles for the board. I’m still thinking the final version will use square tiles so that players can customize the playing field. Here’s one that uses the basic neighborhood lots with cul-de-sacs and an adjacent arterial street.

The green colors are different because my printer ran out of ink so I did the rest at an office supply store nearby. This map has alleys for each street. Here’s the map with some pieces on it.

This map has some of the other pieces on it including parking lots, crosswalks, a roundabout at the top and a small, neighborhood roundabout in the middle of the development. Presumably, this would be near an end state of the game and the rest of the vacant lots would have single-family and some triplexes and fourplexes on them. I think I’m not going to do a duplex because the one I made was pretty ugly and I don’t think it would move the game along very well.

Here is the same zoomed-in.

At the top-left side of the image, there is a block in front of the two-story single-family house. That’s a welcome mat that I was thinking of using to indicate building ownership.

After doing this, I realized the map pins won’t really fit on the map at this scale. So I’m planning to print the buildings with slots that will take pins in them. The welcome mats are pretty big too so I’ll probably do something similar to those.

Additionally, I realized these paper tiles take too long to set up aligning the corners, etc. I printed six double-sided legal-sized pages and used contact paper to make a board that’s ready to go. I made one side the regular neighborhood grid and the other a downtown grid so there’s some variety to test. I did it that way spending about $20 for the whole thing. A couple of quotes to print a single 24″ square poster-sized map would have been $30.

I already noticed a mistake I made on the map so it’s a good thing I didn’t do the posters. I took out the alleys but didn’t move the adjacent streets together so they share a lot line. Instead, there are streets on both sides of each lot.

Jerry, who is on our board, ordered a 3D printer for me to use to speed up the iteration and production cycle. Using the library at 10 cents a gram, it was going to cost around $200 for a full set of pieces. Now we’ll be able to get the cost down to closer to $20. I’m currently assembling it.